Welcome To Demon School, Iruma-Kun! is the story of Iruma Suzuki. At 14 years old, the human boy is transported to the Demon World after his parents sell him to a strong demon called Lord Sullivan. Following this incident, Iruma is forced to go to a demon school, where he must conceal the fact that he is human. Otherwise, his classmates would undoubtedly eat him.

This may sound dreadful for Iruma, but it isn’t all that bad. Lord Sullivan, who actually ‘adopts’ Iruma as his nephew, spoils the human boy with gifts, food, and everything Iruma has never really had due to the selfishness of his parents. Nevertheless, Iruma must adapt to a world with magic and demons, entirely different from the human world he has known for the past 14 years. The Demon World is strange and not what one would expect of the Netherworld. Here are 7 things fans might have missed about the Demon World.

The following contains spoilers for Welcome To Demon School, Iruma-Kun!, available to stream on Crunchyroll.

An interesting detail about the Demon World is its inclination towards the number 6. In fact, most numerals in the Demon World are either ‘666’ or simply contain the number 6. For example, Iruma’s Demon School includes 666 students. Meanwhile, the Babel Tower, where important demon figures hold meetings, comprises 666 levels.

The number 666 is usually connected to the devil, which is why it’s the perfect number for the Demon World. It’s also interesting to note that the Jackapo Institute, one of the three supernatural schools, consists of 66 floors.

Human beings seem to be almost like a myth to demons in the Netherworld. Demons have never seen humans apart from Iruma (though they don’t actually know he is human) and don’t entirely believe they exist. Furthermore, demons don’t understand human languages, which makes sense, considering they have never seen one in person.

After Iruma gets sold by his parents to a demon named Lord Sullivan, he is transported to the Demon World, where he must attend Babyls Demon School. Lord Sullivan informs him that he can’t let anyone know that he’s only human, or they will most likely eat him. This knowledge ultimately summarizes the relationship between demons and humans.

5/7 The One Demon King Created the Demon World

The One Demon King, also known as Derkila, is the demon who ultimately created the Demon World. He is unlike any other demon and possesses authority over every demon and the Demon World. It’s unknown when Derkila disappeared. However, the viewers have learned that Lord Sullivan had been serving him before his disappearance.

4/7 The Demon World is Colorful and Beautiful 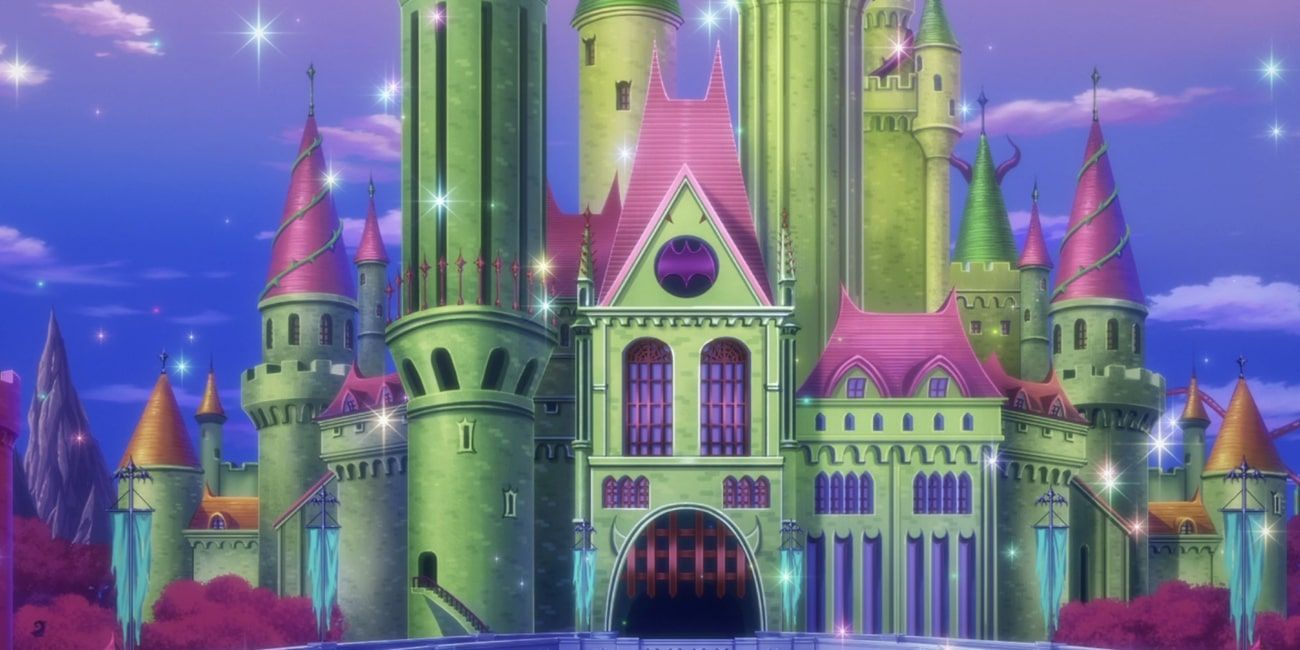 The Netherworld is typically imagined as a dark pit of fire that is both burning and cold. But this isn’t the case for this anime. The Demon World is surprisingly beautiful and colorful, which ultimately contrasts with the creatures that inhabit it.

One of the most colorful locations of the Demon World is Walter Park, an amusement park that is run by Lord Sullivan’s friend. Even though the rides have terrifying names, such as ‘Tunnel to Hell,’ the park itself is quite vibrant and fun. In addition, the Demon World’s sky and nature are bright and beautiful, which, again, is quite strange given that it is the Netherworld.

3/7 Prisoners of the Demon World Have An Interesting Role

Unfortunately, the amusement park, Walter Park, requires an immense amount of power and magic to fuel it. The way it is powered is through the prisoners that live in the prison underneath the park. The prisoners are demons who have committed crimes in the Demon World.

Five stories below the park, demons are forced to use their magic to power the entire park. While doing so, they can clearly hear the demons on the surface enjoying themselves. This is actually intentional on the prison’s part, as it is supposed to anger the prisoners so that their powers increase.

Ironically, the Demon World has a holy location called the Makubari Dome. This is a strange notion because ‘holy’ and the Demon World are essentially opposites. In addition, the place does not look very holy. It is located in the center of a pit of lava, with a gigantic skeleton encasing the top of the dome.

The Makubari Dome is a large stadium where many notable figures host concerts and events. It is regarded as holy because it is not only the biggest stadium in the Demon World, but it is also the place where so many iconic events and concerts were held.

1/7 The Netherworld Resembles the Human World

Interestingly enough, the Demon World is somewhat similar to Iruma’s human world. Apart from the evident supernatural aspects, such as magic and literal demons, there are many similarities between the two worlds. For example, the Demon World includes a reputable academy to nurture only the best demons. If that wasn’t enough, the Babyls school has its own alma mater (where they mention eating humans).

Furthermore, while some locations of the Demon World may appear dark and frightening, such as the Karakiri Valley, many other areas are bright and vivid. This includes cherry blossoms and a clear blue sky. The way demons interact with each other is also quite similar to humans, giving Iruma a slight advantage in his circumstances.

Welcome To Demon School, Iruma-Kun! is streaming on Crunchyroll.

MORE: Most Iconic Bears In Anime

How to Play Steam Games