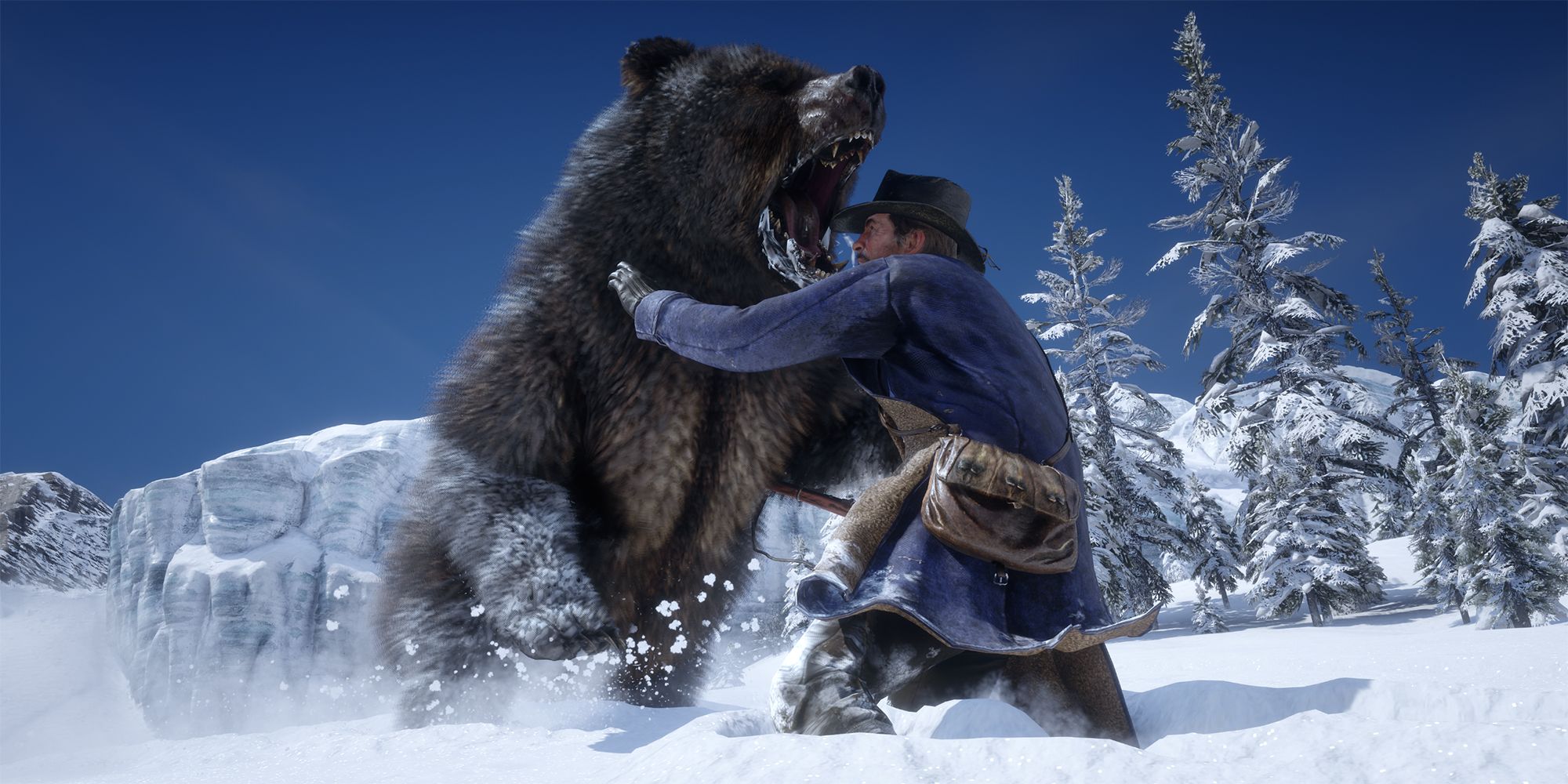 A recent Red Dead Redemption 2 clip is a reminder of why players should never underestimate bears. While other games like Far Cry and Ghost of Tsushima have more timid, survivable encounters with their wildlife, the same can not be said for Red Dead Redemption 2, as one wrong move can mean the difference between life and death in its unforgiving landscapes.

“Never underestimate bears,” a title for the Reddit video by Distinct-Pipe-8274, is all too fitting given the outcome of this player’s actions. If the Leonardo DiCaprio film, The Revenant, taught viewers anything it’s to not mess with bears, and now players have the same message in video game form thanks to this clip of Arthur Morgan taunting a bear. The clip has an outcome that is to be expected when ignoring the basic survival instincts to not provoke a giant animal. All things considered, it is not recommended that players use this Reddit video for tips to defeat the legendary bear in Red Dead Redemption 2.

However, for players that want to have some fun with the wildlife, there are plenty of places to find bears in Red Dead Redemption 2. Even so, players should know what they are getting into. The clip posted by Distinct-Pipe-8274 begins with a dramatic showdown between Arthur Morgan and a bear. In a strange turn of events, the bear loses interest in Arthur Morgan and turns around before walking away. This anticlimactic reaction from the bear seemed to have not been satisfying for the player, given their next move.

The player then runs over to the bear and kicks it on its backside, not once but twice, probably in an attempt to kick it as many times as possible. With no time wasted, the bear immediately jumps on Arthur causing his cowboy hat to fly off his head. Bears in Red Dead Redemption 2 are scary, with various clips on the internet showing their unpredictable nature, however, what follows, in this case, is to be expected.

Bears have become somewhat notorious in the game with many clips showing their violent and sometimes funny encounters with players, such as a bear attack that happened mid-cinematic in Red Dead Redemption 2. However, few player deaths have been as deserving as when they seek bears out themselves. Some may call this particular video instant karma, as the result is a little satisfying. Viewers of the video seem to agree, as they comment on the humorous nature of the encounter, and no matter how many times they play the game, there is always more to discover.

Red Dead Redemption 2 is available on PC, PS4, Stadia, and Xbox One.

MORE: Rockstar Still Needs to Do One Thing for Red Dead 2 Before Moving On to GTA 6