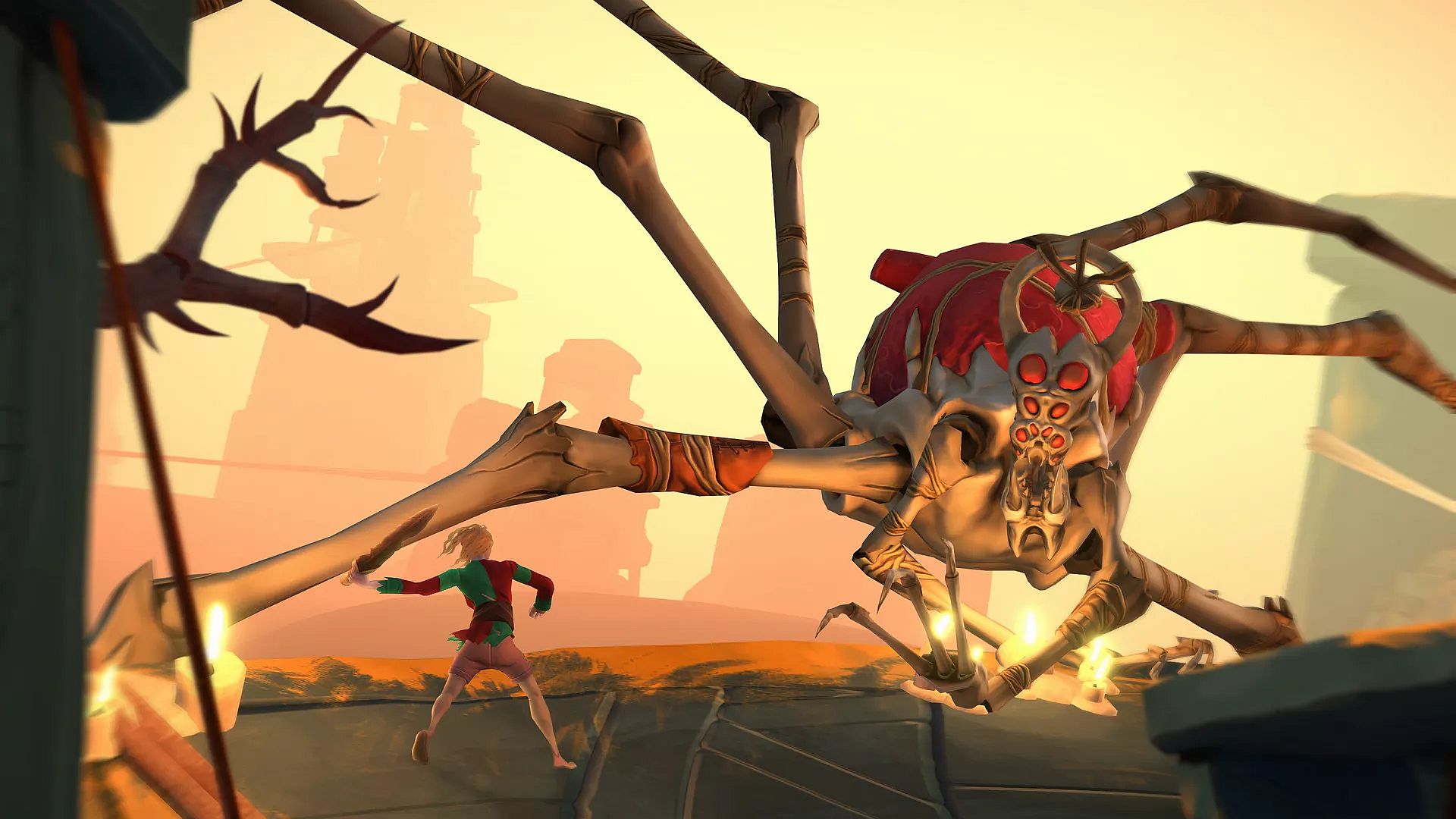 Microsoft has announced the September Xbox Games with Gold lineup.

The games for September are Gods Will Fall, Double Kick Heroes, Thrillville, and Portal 2.

Gods Will Fall will be available September 1-30, and Double Kick Heroes arrives on the service September 16 and leaves October 15.

Thrillville will be made available September 1-15, and will be replaced by Portal 2 September 16-30.

Gods Will Fall is an action adventure title that has you fighting gods who have ruled for a millennia with an iron fist. You and your fellow Celtic warriors have decided enough is enough, so you set out to battle scary beasts and minions dwelling in the hellish lands of each god.

The shoot ‘em up rhythm game Double Kick Heroes features lots of heavy metal musi, compelling you to bang your head as you and your band battle zombies and militia in a Cadillac through 30 levels.

Thrillville tasks you with building your very own amusement park. You get to do everything from design roller coasters to go-carts, play mini-golf on your own courses, and join friends for party games. While having fun, be sure to take some time to see to the nedds of your guests to ensure they are enjoyinhg your theme park.

Needing no introduction is Portal 2, the all-time classic sci-fi puzzler you know all about already.

Don’t forget: you still have time to download and play August Xbox Games with Gold titles Calico and Monaco: What’s Yours is Mine until August 31. You can also play the roguelite platformer ScourgeBringer until September 15.