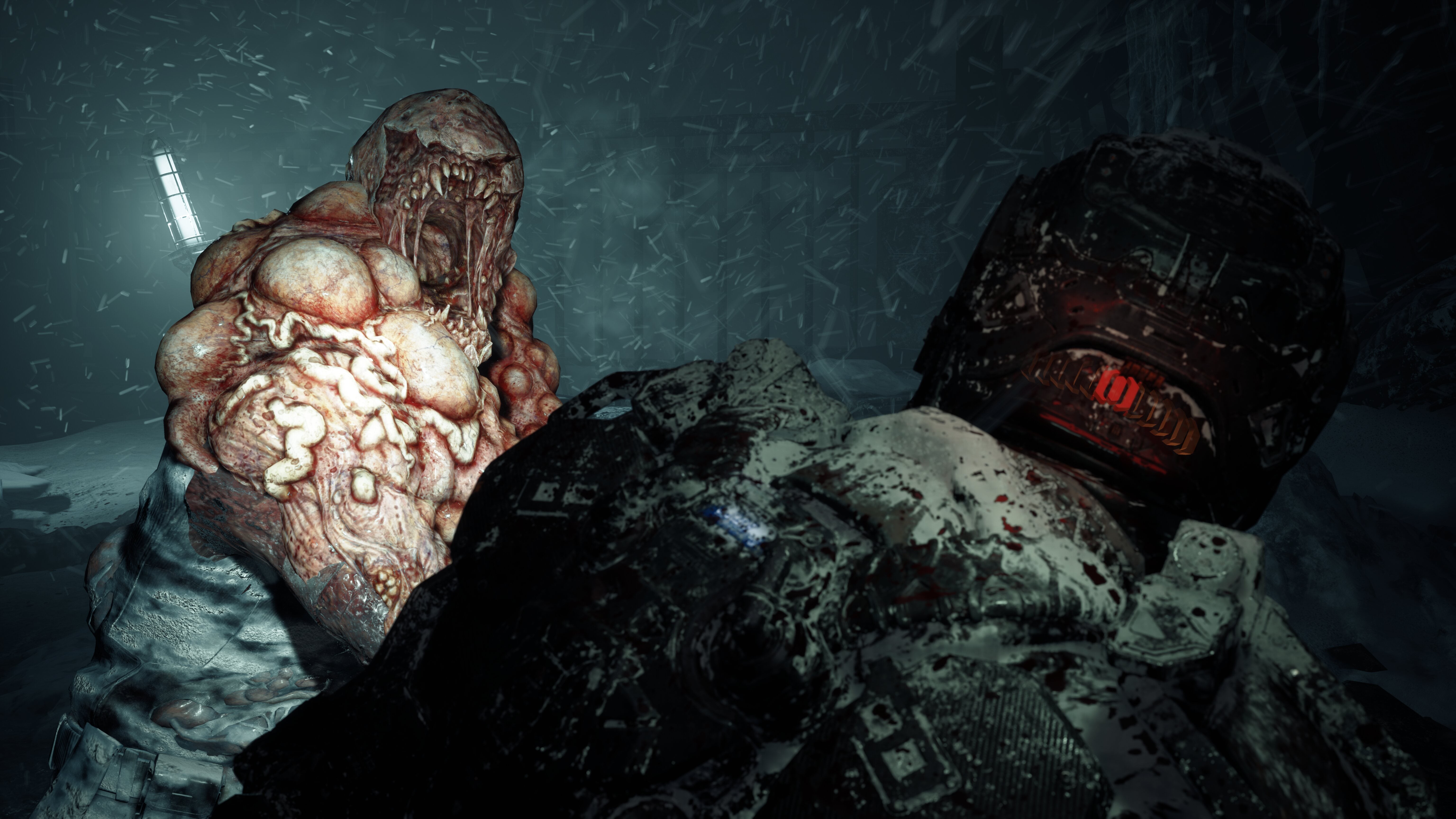 Mutations will play out via the creatures in the game, called Biophage. These creatures are inmates at Black Iron Prison, transformed by a mysterious outbreak. As the contagion spreads, it erupts from the body through a series of tentacles.

When the tentacles emerge, you have only a short window to kill the virus by shooting the tentacles. Kill the virus, and you get a quick takedown of an enemy, miss and…well, try not to miss.

Should you fail to take down a Biophage when the tentacles emerge, the virus takes over the creature and sets off a series of mutations that make them stronger. Fail to stop the mutations on multiple creatures at once, and you will face a mob of foes.

Combat will feature a mix of ranged shooting and melee, with a gravity weapon called the GRP, or “Grip,” that lets you quickly move between the two.

The developers wanted players to have options and at the same time, be terrified of every encounter.

At gamescom, the studio revealed a moment from around halfway through the game where Jacob gets thrown into the sewage system.

While a survival horror game at its core, the team wanted to mix up the kinds of horror you will experience. Sometimes, the protagonist will be trying to navigate dark corridors, and sometimes he’ll fall into the depths of the prison’s sanitation system. When this happens, you will need to avoid environmental hazards, s seen in the video.

The developers will have more to share on The Callisto protocol in the months ahead.