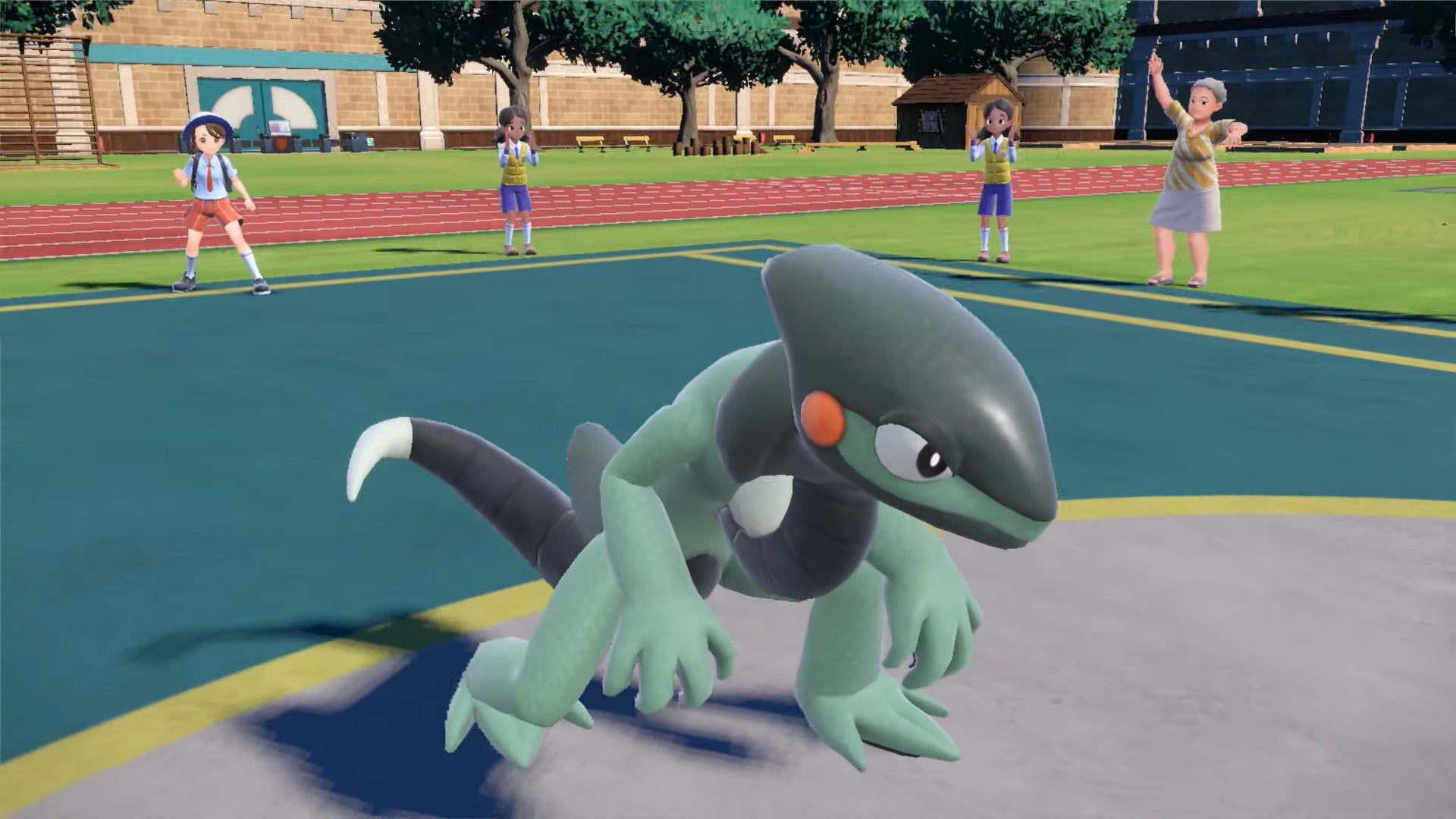 The Pokémon World Championships showed off a tiny bit more of Pokémon Scarlet and Pokémon Violet, revealing a new Pokémon, new items, and more, as well as showing off the future of the trading card game.

As part of the Competitive Play Trailer, a new Pokémon was revealed, Cyclizar, another lizard x motorbike pocket monster that almost definitely has something to do with this generation’s legendaries Koraidon and Miraidon, who’s Dragon/ Normal type. It looks like it has a signature move called Shed Tail, which lets Cyclizar withdraw and send out another Pokémon, but with a substitute in its place.

There’s a couple of new items too, the first of which is Mirror Herb, a most-likely single-use item that copies an opponent’s stat increases when consumed. Also revealed was the item Loaded Dice, which can increase the chances of a multi-hitting move hitting more times than it normally would.

A new move was also introduced, Tera Blast, which sounds quite similar to the competitive-favourite Hidden Power. Depending on type your Pokémon is when it has Terastallized, the move will have the same type.’

The next big set for the Pokémon TCG was also teased, revealing that Koraidon and Miraidon are coming to the collectible card game. A new feature called EX was revealed, and a big theme of the new set is “comebacks.” Terastallizing was also teased for the TCG, though no details were provided on how it would feature.

Scarlet and Violet’s region’s name was revealed earlier this month, Paldea, as well as the fact the game’s would be officially launching November 18. It also showed off the new Terastallizing feature, the latest gimmick coming to the series that boosts the stats of Pokémon, with certain Pokémon also able to change their typing.

It was also revealed that the game would feature three main stories, one of which is the traditional gym challenge, but the other two are yet to be revealed.