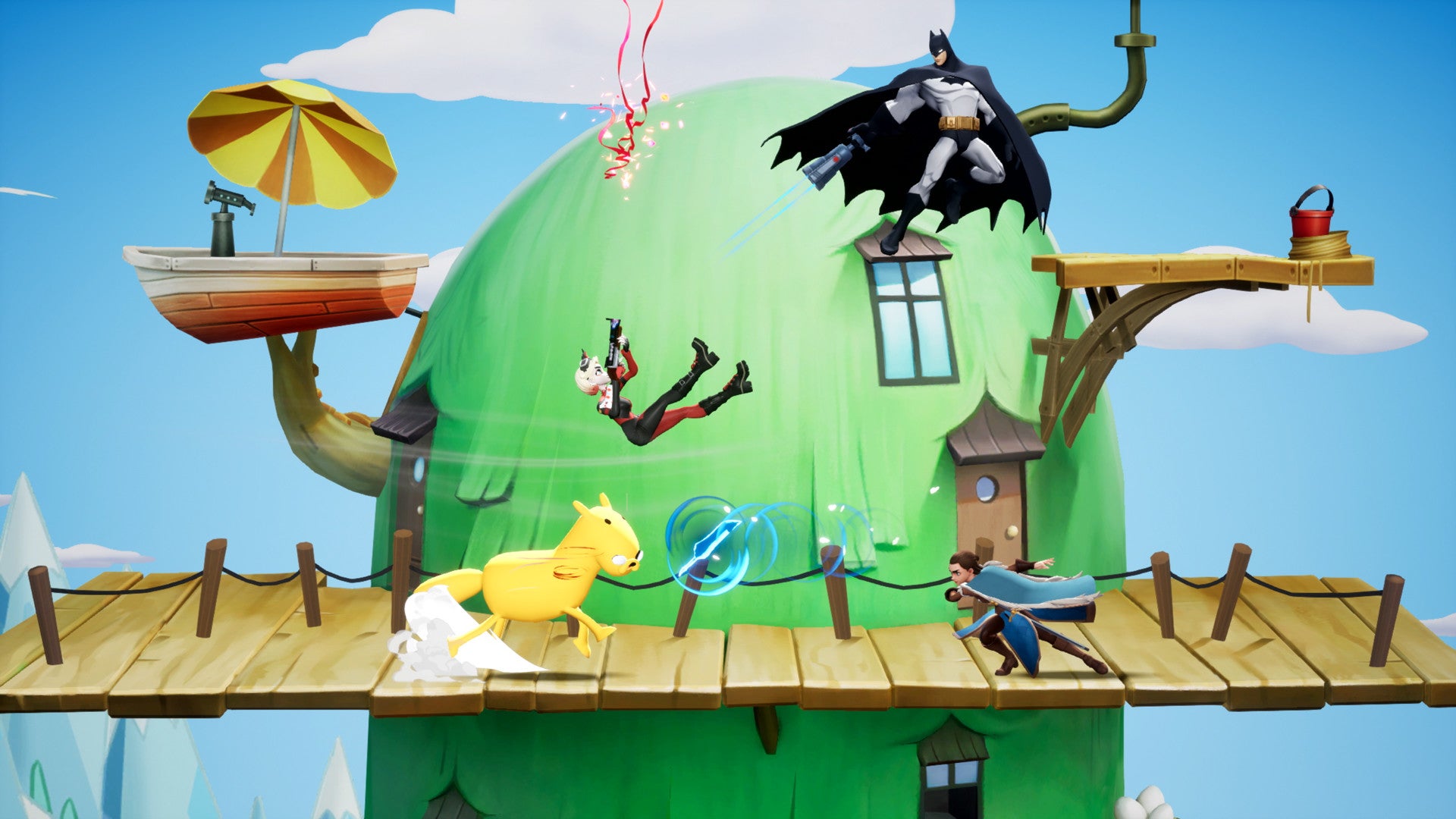 A new MultiVersus leak appears to have revealed that someone fed a Mogwai after midnight (also Black Adam is there).

After a short delay, MultiVersus Season One launches later today, and soon enough the game will see the arrival of Morty of Rick and Morty fame. But it also seems that some more characters that haven’t had an official reveal yet were accidentally shown off early, as reported by Eurogamer.

Game director Tony Huynh shared yesterday (August 14) that players could expect to see some unannounced characters in the login screen today (August 15), presumably once Season One launched, but an ad on the Xbox store has gone live a little bit early.

As shared by _FireMonkey, Black Adam and Stripe from Gremlins have appeared in an ad on the Xbox store, so it’s looking like they will be joining the platform fighter sometime during Season One. Obviously it being just an ad, no specific details about the characters were shared, but clearly someone pushed the ‘go live’ button a tad early.

Black Adam’s presence in Season One makes a lot of sense considering the film of the character starring a certain mineral oriented, former pro-wrestler is out this October. Stripe’s presence is the more odd of the two, but Warner Bros. has a huge wealth of IP to pull from, so honestly anyone is game.

Rick, also of Rick and Morty fame, is also planned to join the roster sometime during Season One, but so far no release date has been set for any of the expected characters. And we’ll just have to wait and see how they shape up in the rankings compared to other fighters.

Interestingly, a separate post from multiversusie on Twitter features a datamine of the game appears to point towards some kind of a Story Mode, though again nothing has been confirmed as of yet.