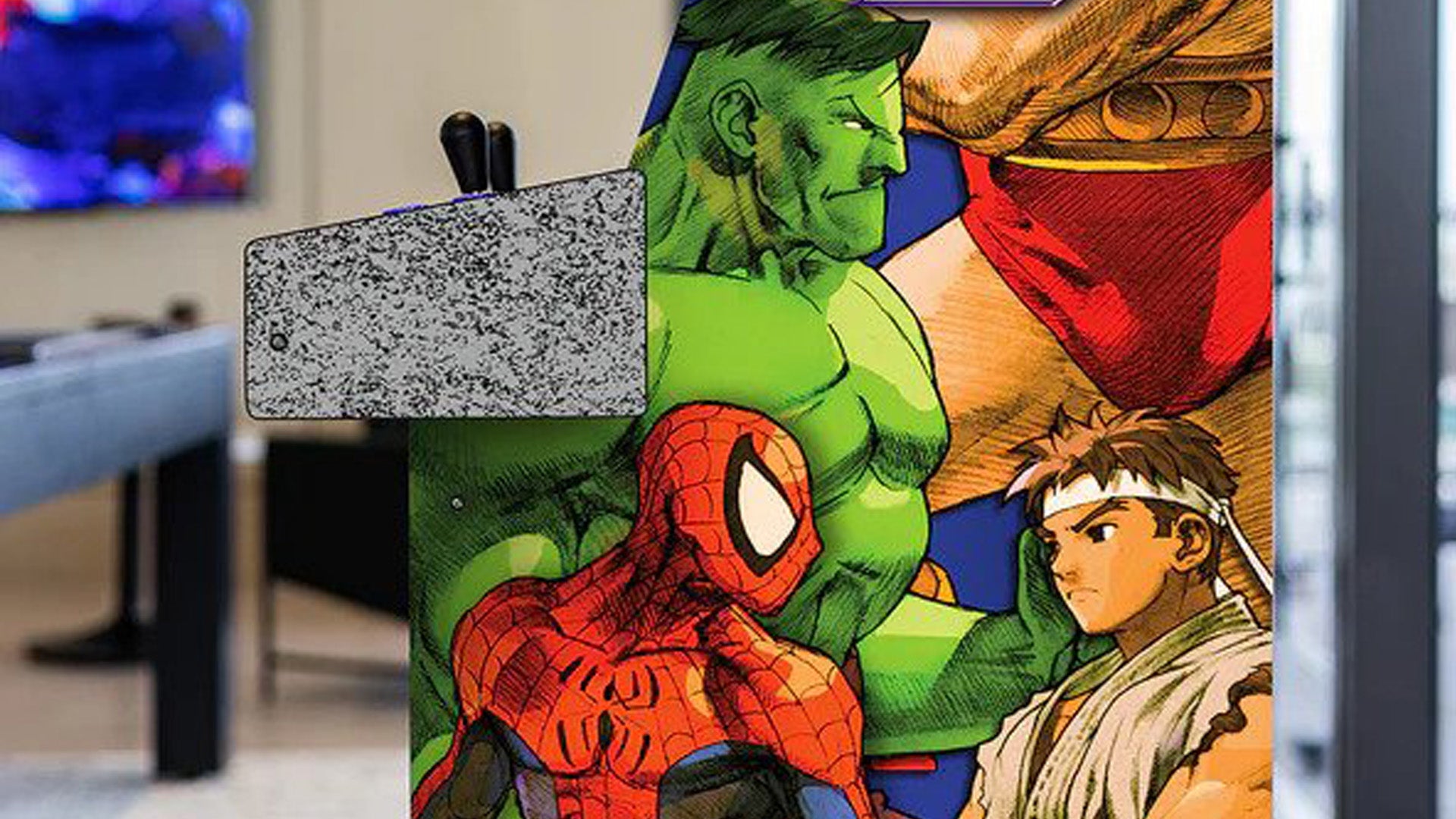 Marvel vs. Capcom 2: New Age of Heroes, one of the most popular entries in the series, is getting rereleased, but it’ll probably cost you a fair bit of bob.

This latest release comes from Arcade1Up, as a brand new arcade cabinet, bringing things full circle. The cabinet was announced at fighting game championship series Evo, unsurprisingly, and it will make it the most recent, easily available release of Marvel vs. Capcom 2 in years.

You’ll be able to pre-order the cabinet from September 8, and while a price hasn’t been announced yet, you can probably expect it to cost around $449.99 to $499.99 based on its other cabinets. It has a 17-inch monitor, and features Wi-Fi connectivity for online multiplayer too. Though for those of us in the UK, unfortunately the cabinet will only be able to order in the US and Canada.

The sides of the cabinet feature some of that classic Marvel vs. Capcom 2 art, which looks incredibly good blown up to such a scale.

Marvel vs. Capcom 2 first launched as an arcade game in Japan in early 2000, and was soon after release on the Sega Dreamcast. The game received subsequent ports to the PS2, Xbox, and later the Xbox Live Arcade and PlayStation Network. A mobile version of the game was also released in 2012, but due to Capcom’s licensing contracts expiring with Marvel in 2013, it was removed from the Xbox Live Arcade, PlayStation Network, and iOS.

Currently, this arcade cabinet will be the only way to legally play the classic fighting game on modern hardware, so let’s hope it’s a sign of more to come.

Elsewhere at Evo, PlayStation has been asking players about what NFTs they like to collect, which feels very presumptuous that anyone likes to do so at all.